Relationships Between Language and Culture & Impact on Personality Growth

Relationships between language and culture are very tight. It is impossible to learn a language without getting into country's traditions and customs. But will it change or influence your personality? Find out in our article. 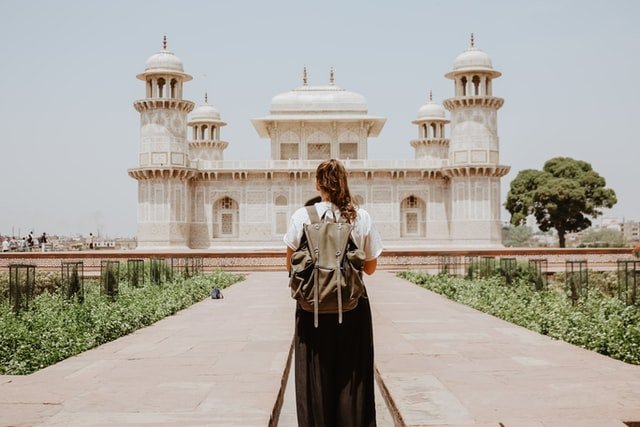 Is there a relationship between language and culture? Modern world has fewer barriers between nations and way more communication means that allows instant connection regardless of distance. It creates more language learning opportunities and enhances discussions related to the connection between culture, language, and personality. Johann Wolfgang von Goethe once said: “He who does not know foreign languages does not know anything about his own”. There is a deeper meaning in the sayings of famous German writers and philosophers that can be deconstructed upon considering learning context. No language including one’s mother tongue can be mastered without involvement in its native culture.

Culture and language development comes shoulder to shoulder. That is why developing precise definitions could be treated as a first step towards true knowledge as well as a complete understanding of complex ideas. With this in mind, let’s narrow down these notions:

Culture in its global sense represents knowledge, arts, customs, beliefs, norms of social behavior that are common for a certain group of people. This term can be reviewed from a materialistic perspective to denote a variety of objects or activities: architecture, art, music, religious rituals, cuisine. The immaterial perspective is related to education, science, philosophical ideas, mythology, social organization, and similar phenomena.

Language is a complex system that allows communication between people on different levels such as oral, visual, and tactile ones. Any language possesses a strict structure comprising grammatical, phonetic, as well as semantic components as the basis.

While these terms definitely represent completely different things, they cannot be separated. Imagining human civilization’s dawn allows us to realize that culture as a global phenomenon can exist only thanks to language means that let transferring knowledge through generations. At the same time language is being shaped by culture, whether it is a native or of some other nations. A significant influence on English caused by Germanic, Roman, and Norman cultures is among the most famous relationship between language and culture examples.

Relationship Between Language and Culture

Presence of many foreign words in English as the result of prolonged military occupation and forceful implementation of invaders traditions is just one dimension where language correlates with culture. Besides, it is not a good example of such a relationship since it is forceful and presupposes one culture being dominated over the other. Fortunately, there are positive examples or answers to the question of how does language relate to culture:

Understanding many meanings as well as linguistic contexts would also be impossible without developing language and culture relationship while learning.

Slavic cultures are totally different from Polynesian or any other traditions. Their other tongues belong to absolutely different linguistic groups. And multiple cultures’ presence ensures global diversity. Thus, culture as the broad concept unites many different people, activities, and objects under one umbrella term although there are specific groups within mentioned global entities that are different even ifh they technically belong to same language culture paradigm.

Linguistic diversity is an easy and obvious way of detecting different target audiences within one specific culture, which may be very useful for people who consider ordering cheap certified translation. Vocabulary used by youth will be different from the one used by educationalists, especially elders. Lawyers may not understand ophthalmologists and vice versa while discussing their professions’ peculiarities. People who received classical linguistic training may not even understand a person who can speak only a regional dialect.

Is Change of Language - Change of Personality After All?

An undeniable connection between language and personality development leads to wondering whether changing linguistic preferences or gaining new knowledge results in drastic character changes. Sociology as well as anthropology are constantly developing so that experts seek new research topics. These researchers started paying more attention to personality changes demonstrated by multilingual people depending on what language they are using.

Studies’ results show that people often utilize different languages in different contexts and it may be treated as changes in personality. An energetic extrovert Spaniard will definitely use formal English during job interviews and ordering document translation services for immigration to the USA. They will use emotional and colloquial Spanish while discussing job opportunities abroad with friends or family. It does not mean a personality has shifted from an extrovert and emotional one to a calm introvert type. The person remains the same regardless of the language they are using.

How Does Language Affect Culture?

Even though people are different, there are several common features that do not depend on their background. Ignorance and fear are among them. Unfortunately, historical as well as sociocultural development of multiple nations could not be ideal especially during early historical periods where relationships between nations were not so regulated as they are now.

Ignorance as well as related prejudices are the most harmful ways of how language affects culture. Roman philosopher Seneca’s saying “Timendi causa est nescire” means “ignorance is the cause of fear”. This ignorance is demonstrated when the entire culture refuses to accept community members who speak a different language, especially if military or religious conflicts are involved. It is easier to be afraid of something unfamiliar or different, thus, refuse even the slightest understanding attempts.

Cultures that did accept other people’s identities experience mutually beneficial exchange in a long-term perspective. Diversity attracts attention in addition to promoting development, which is relevant on all levels from a small community to the entire country’s population. The United States is a good example of a country where concepts from various cultures and corresponding languages blended in together in Americans’ everyday life.

Relationship between Linguistics and Culture: Effect of Culture on Language

Ethnic and religious factors have always had an extreme influence on language development because people’s values based on these factors determined behavior. Laws are an important part of social life as well and even simple divorce decree translation is not possible without understanding what specific cultural factors led to the development of certain terms or set phrases.

When one thinks about what is the connection between language and culture, cyberculture’s emergence phenomenon can serve as an illustration. Just imagine how many new words along with slang terms appeared in English as the result of the Internet’s development. They already became an integral part of everyday speech. That is why linguistic pair cannot be separated entirely, both elements will seize existence without each other.

A person cannot truly master a foreign tongue without understanding a broader context. Let’s take English as an example again. Many words that have the same specific pronunciation and orthographic patterns are loan words from French or Latin and all people who learn English should understand those words’ origin so that spotting similar linguistic structures will be easier. You may even read the completely unknown word correctly just applying educated guess based on historical background knowledge.

People naturally learn their mother tongue being constantly involved in a specific linguistic and cultural environment. Considering that, the effect of culture on literacy in bilingual settings is incredible. A second language learner may spend years just studying words and grammar structures but still feel uncomfortable while using those skills but he or she can master that foreign tongue with ease within a short time just being exposed to a culturally-rich context or constantly communicating with local citizens. That said, there are several universal principles that can enhance learning effectiveness:

Practicing these methods in second language learning will help to avoid stereotypes possessed by a teacher or avoid cultural issues and language learning. Only being immersed in the target culture can help develop one’s own perception and unbiased identity within that context.

How Does Your Personality Change as Bilingual and Multilingual?

As many studies already confirm, a bilingual personality does not become different each time they speak another dialect. Shifts in perception depend on contexts and specific uses. Though people do not always learn second language with some purpose in mind such as work-related need. The latter would require more attention to professional terms. A person acquiring new skills to complete a certified translation affidavit may not be focusing on learning to slang much or reading about topics related to a different industry. But learning a new foreign tongue is often a hobby or just a great personal development opportunity. Are there changes in personality in this case given that the person doesn’t have specific professional limitations?

Many bilinguals as well as multilinguals who mastered their knowledge indeed reported subjective preferences and feelings related to the usage of different languages. In such a way, English or German create an impression of formality or patience, other ones such as Spanish or Italian provoke expressive and emotional communicational approaches. Remember how gestures were explained to be an inseparable part of Italian in “Eat Pray Love”? This is how pair of “cultures-languages” works and this is why your personality will change while studying. Even the most phlegmatic person might not be able to resist an urge for using expressive gestures in communication just as locals do in Naples, Milan, or Rome.

Do Bilinguals Have Two Personalities Then?

In fact, yes, they do. People who speak multiple languages can be treated as those who have an equal number of personalities. This is figuratively speaking for sure, but truth is that these people dedicated their time to immerse themselves in foreign linguistic context. As we already know, language and culture are inseparable, thus, these people broadened their perspective, knowledge, and behaviors, developing new part of their identity eventually.

Be Fully Dedicated While Learning

It is impossible to separate studying language without getting deep into customs or traditions of a certain country. They cannot exist separately. Achieving a native speaker’s level is also impossible for second language learners if they don’t immerse themselves in their target culture’s context as they already did while learning their mother tongue. This will result in various personality changes such as being wiser, more tolerant, understanding. The more a person knows – the better.